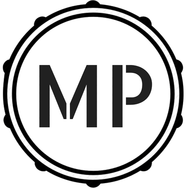 Matt’s eclectic and powerful talents precede him, and he is a true chameleon behind the drums, evidenced by the array of musical variety that pulls him in and creates his highly in-demand reputation. As he progresses, he grows in talent, enthusiasm and personal commitment to his craft. His band, The Hip Abduction, has taken him across the North American continent, as the group grows in popularity and increases its presence at some of the nation’s most unique and desirable venues.
Although he began playing piano at the age of five, it was not until he was 15 that he began playing the drums, discovering and honing his magic. As an open and impassioned musician, Matt considers himself a continual student, influenced by many musical mentors along his path. His studies include Afro-Cuban drumming with Glenn Meyer, Dr. Patrick Hernly, and renowned Funk/New Orleans drummer, Stanton Moore.
Matt has shared the stage with well known artist like Trey Anastasio, Umphrey’s McGee, 311, The Dirty Heads, Widespread Panic, Rebelution, Lettuce, Primus, George Porter Jr. (The Meters), Thievery Corporation, Moon Taxi, and Galactic.

The Hip Abduction is an afro-pop/indie rock band hailing from St. Petersburg, Fl. The sextet places heavy emphasis on African music, mixed with dub-reggae bass lines and funky afro-beat percussion, making their high energy performances stand out on festival lineups nationwide. In 2013, The Hip Abduction released a self-titled debut album which received nationwide attention and gained a top 5 spot on the Billboard reggae charts. THA's album, Gold Under The Glow, was released in 2016, and was produced by Dabney Morris (Wild Cub). The album features tracks "Come Alive," which can be heard on Sirius Xm radio, and "Before We Lose Our Minds," the album's first single.
​